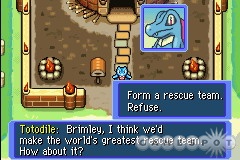 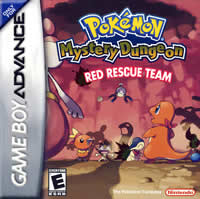 The player can wield a number of items like Gummis (exclusive to Pokemon Mystery Dungeon DS Rom), berries, TM etc. IQ is a new add-on feature. It increases by eating Gummis. More is the Gummi’s type matching to the Pokemon’s type, more is the increase. As the IQ increase new skills are acquired by Pokemon which help in winning a battle. Unlike the previous games, this title permits the player to fight with legendary Pokemon as many times as he wants until they come in his rescue team.