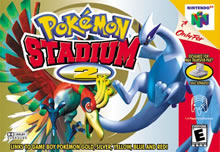 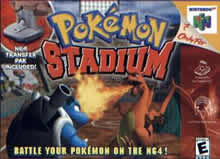 Progress in this game can be made only by winning ’Cups’ in the stadium and completing the Gym Leader Castle as there is no story in this Pokemon title. There is a stadium where player battles for 4 different cups and there’s Gym Leader Castle too, where player can battle against the Gym leaders. When all the cups have been won and Gym Leader castle is also completed then the player has to defeat the Mewtwo which will unlock Round 2 and the same process has to be repeated in order to complete the game.

This title also features some mini-games, game boy player Nintendo 64 and some game modes.
In Free Battle mode, player can have practice battles where rules and Pokemon could be customized.
In Kids Club mode, player can play Mini-games to relax from battling.
Event Battle mode is a 2 player mode. Each controller must have a Transfer Pak plugged in so that they can use Pokemon and can battle with custom rules.