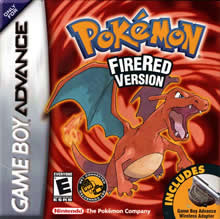 Pokemon FireRed and LeafGreen are the enhanced remakes of the original Pokemon Red and Pokemon Green and form the third generation of the Pokemon video game series.

Pokemon FireRed and LeafGreen are set in the same fictional word of Kanto consisting of eight cities and two towns connected with Routes. Some special areas can be reached after the player has met certain conditions. The basic plot and aim of the game remains the same – catch and train your Pokemon to become the world’s greatest Pokemon trainer. This time, the criminal organization is called as Team Rocket, who abuses the Pokemon and the player has to battle against them throughout the game. 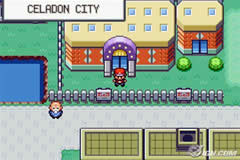 These are not the exact remakes as many new features have been added while retaining the previous ones. The players will be able to access a new ‘help’ feature which lets the player see the saved data at any point in the game. Also, there is an item called VS seeker by which a player can re-battle against Pokemon trainers. This device works only for non-player Pokemon trainers not for gym-leaders. Also, new to the game is an area which is accessible to the players after fulfilling certain conditions. This area is archipelago known as Sevii Islands which include Johto and Hoenn-related Pokemon items and events.

The game also supports battling and trading of the original Pokemon that started with the new Ruby and Sapphire editions. Both the games have Game Boy Advance and GameCube Pokemon RPG compatibility which is unlocked after winning the entire game and a side-quest. Also, it supports linked communications via the Game link cable and Game Boy Advance.